The EscapeKeeper is the first controller we've designed specifically for the Escape Room industry. Our Flex and FlexMax products have been used to control Escape Game puzzles for years. In creating the EscapeKeeper we used a combination of that experience, advice from industry experts, and our own expertise in designing industry-leading controllers.

The EscapeKeeper is available in two models. This one as audio capabilities, the EscapeKeeper JR does not. Each model has multiple puzzle modes you can choose from. Simply choose your puzzle mode, connect up to eight inputs, tap record, then act out your puzzle's solution. That's it! When the players figure out how to repeat those same actions the EscapeKeeper will unlock the door or activate a device of your choosing.

There are also two programmable outputs and an optional internal MP3 player and amplifier you can leverage to further customize the EscapeKeeper to your application. No special software or programming skills are required.

In our 20 years of designing electronics, we've never packed this many features into such a compact and easy to use product. We're very excited to introduce the EscapeKeeper and can't wait for you to learn more about it …

Escape Rooms are often unique from a story and theme perspective, but the actions to solve them are usually similar. We've pre-programmed the EscapeKeeper to monitor and control 90% of the puzzles we've been approached with over the past few years. Simply connect your inputs, select your puzzle mode, then act out the solution. When the players figure out how to repeat what you programmed the EscapeKeeper will unlock the door or play your optional output animation and sound. If you want to change the accepted solution, simply tap record and act it out again.

Below is a short description of each of the available puzzle modes ...

Use this mode when the players have to press buttons or activate sensors in a specific order to solve the puzzle. You can even program some of the steps to require two or more of the buttons are pressed at the same time. An optional timeout can be specified which can be used to play a sound and require them to start over if they take too long. 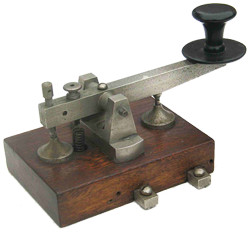 This mode is similar to Input Sequence above, with the addition of a distinction between short and long presses. Use this mode with a single input to require a Morse Code to be entered, or use up to eight of the inputs to create a complex multi-input combination. The length of a short and long press are different for everyone, so the EscapeKeeper dynamically adjusts the timing to be compatible with the current player. 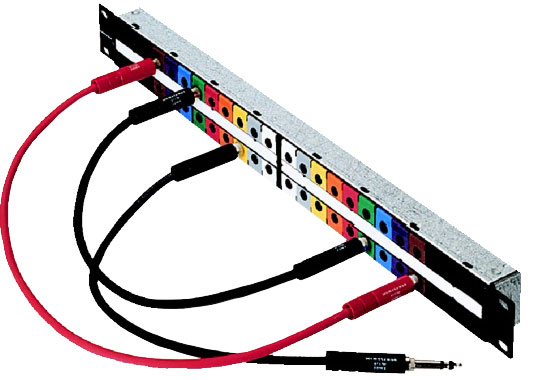 This puzzle is often staged as an old telephone operator patch panel, a network panel, an electrical panel, etc. Anything that uses wires will work. Players have to figure out which jack or terminal each end of the wire must connect to.

Setting your solution is as simple as connecting the wires in your desired pattern and tapping the record button. Once the solution is set, remove the wires and start the puzzle. Once they are able to match your solution the EscapeKeeper will declare success.

This puzzle mode requires our Patch Panel Accessory board. 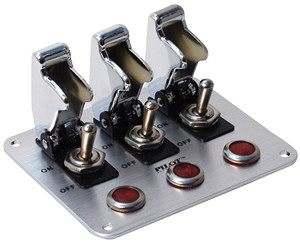 Use this mode if players have to move multiple switches, dials, or objects into a certain position to win. The order in which they move them is not important. Short sounds can be played as each object's position is changed. Once everything is in the correct position the EscapeKeeper will declare success and play an optional success sound.

Use this mode if the players must find a specific number of objects or keys and place them in the correct location. The order in which they find them is not important. As they find each object a specific sound can be played for the object, followed by another sound telling them how many objects remain.

This mode also works great with the common RFID sensors that have relay outputs. Connect multiple RFID sensors to the EscapeKeeper's Inputs and it will declare success once all the objects are in the correct position.

Use this mode if your room would be at home in a Mission Impossible or Indiana Jones movie. The players have to get to the other side of the room without tripping any of the booby traps. The traps could be laser sensors, or some other sensored obstacle or opening. If they hit it a trap they are forced to return to the beginning where they either tap a reset button or walk past a hidden infrared sensor before they can try again. Only once they make it all the way to the end where they either trip the finish sensor, hit a finish button, or enter a code, will the door or secret compartment unlock. 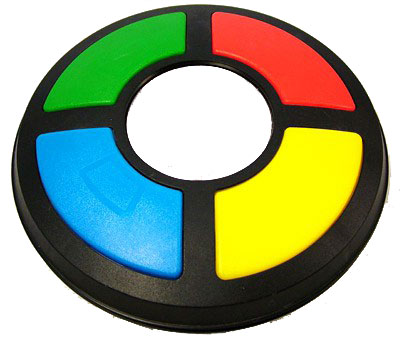 In this mode the EscapeKeeper will play a sequence or indicate a pattern the players have to either repeat or interpret in some way to determine the solution. This clue can be played from an audio file chosen at random from a list of files you provide, or it could be visual. Visual clues would be random sequences or states played out on LEDs, light bulbs, a servo, or any other electrical device. You can choose if they have to repeat the displayed sequence, set the puzzle inputs to a certain state, or just activate a particular input - like the last one shown for example. The puzzle can be set to repeat multiple times, with the complexity or speed increasing as they progress. Each time the puzzle is played both the solution and clues can change.

For visual indications like patterns played on light, LEDs, or other electrically-controlled devices, you will need one of our accessory boards. 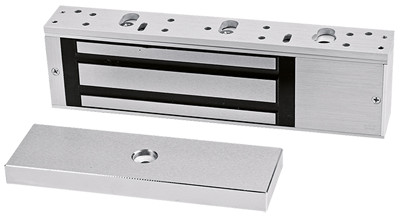 The EscapeKeeper has three 12 VDC solid-state outputs. Output 1 can provide up to 2.5 amps and is dedicated to indicating the successful completion of the puzzle. It would generally be used to control a maglock, magnetic latch, solenoid, or to indicate success to a master controller. The other two outputs can be programmed to play different animation for each state of the puzzle. Simply select the state, tap record, then tap the 2 and 3 buttons to program the outputs. These two outputs can handle 1.5 amps each. 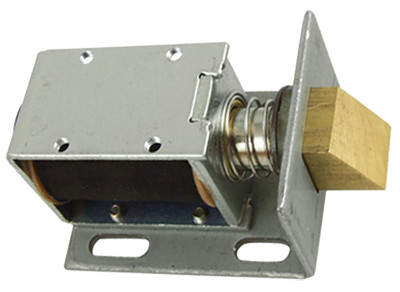 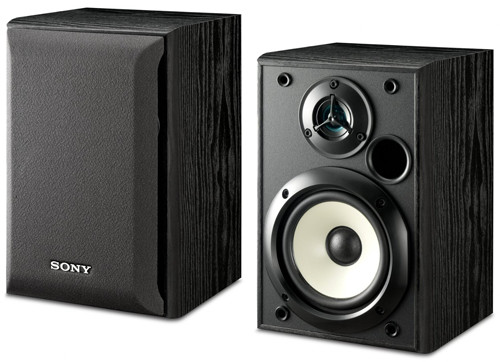 The EscapeKeeper's optional MP3 player and 35 watt amplifier are tightly coupled to its puzzle controlling core. This integration results in a highly flexible and intuitive audio system that triggers sounds based on active inputs, puzzle mode, and puzzle state. Simply insert a blank micro SD card and the EscapeKeeper will create sound folders for every puzzle state and input change. Just copy the sounds you want to play into the respective folder and you're done. Below are just a few of the folders you can use to play sounds:

Any unused inputs can be connected to buttons and used to play hints. You can also load Ambient audio tracks which will play in the background when other sounds aren’t playing. 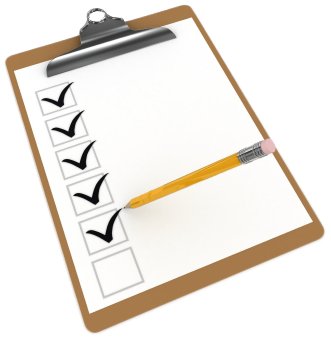 Some props need to be manually moved or reset before the next group enters the room. Forgetting to return a hidden prop, close a secret door, or tilt the secret book can lead to unhappy customers. The EscapeKeeper can help eliminate at least some of these embarrassing moments.

If the EscapeKeeper detects one of these errors as it's being reset for the next game, it will alert the operator by beeping and blinking the offending inputs. If you're not using all eight of the inputs for your puzzle, you can use the extra inputs to monitor door contacts or other sensors for the sole purpose of making sure objects are in the correct position when the room is reset.

If you have multiple EscapeKeepers in a single room, simply connect all their reset inputs to a single reset button so you can easily reset and lock all the doors at once. As a bonus, if they detect any puzzle elements haven't been reset correctly you'll hear one of them beeping to let you know.

The EscapeKeeper has a built-in timer that can be used to automatically fail the game and unlock the door after a set period of time. As the timer counts down it can trigger optional sounds to notify the players of how much time is remaining.

The timer can also be used instead as a puzzle reset timer. In this mode it will reset the EscapeKeeper after a set time so the puzzle can be solved again. By default, the EscapeKeeper can only be solved once, after which someone must reset it using the reset input or by holding the reset button. This is done to prevent a door from locking unintentionally which could be a safety issue.

As Escape Rooms become more popular, many of our customers have had issues with fire and safety compliance. This is usually related to the players needing a clear and simple way to unlock the door and exit the room should a fire or health emergency occur. We've built some safety-specific features into the EscapeKeeper to help keep your inspectors happy.

All locked doors should have a clearly marked and accessible E-Stop button. Some inspectors will also require a separate reset button located in a staff area which needs to be pressed before the door can be locked again. The first requirement is simple, the latter is slightly more difficult.

The EscapeKeeper has you covered on both requirements. Simply add an E-Stop button near your door, wiring it in series with the maglock so it loses power and opens the door when the button is pressed. We've included circuitry to detect when the E-Stop button has been used. This will immediately stop all other aspects of the game and sound the EscapeKeeper's internal alarm. The door can only be locked again if the EscapeKeeper is manually reset via the external input or on-board button.

Most other puzzle controllers are setup so connected maglocks go into a locked state at power-up. This is convenient as it allows the room to be reset by cycling the power, but it's not going to please any inspectors. A short brown-out or power failure could cause all the doors to unintentionally go from an already unlocked state back to a locked state. By default, the EscapeKeeper prevents this behavior by requiring the reset button or reset input be used before it will lock the door.

Multiple EscapeKeepers can easily be connected to each other to force players to solve multiple puzzles one after the other. You can wire them so a single door is unlocked only once all puzzles are solved, or so that individual doors or compartments are unlocked as they progress through the game. Once one puzzle is solved the next one is automatically enabled, playing any instructional messages they need to hear before the next challenge.

You can also link multiple EscapeKeepers to a master controller like our FlexMax. The FlexMax can be used to play specific Ambient music and control the room lighting based on the current state of the game.

Write Your Own Review
Customer Questions
I just got the escape keeper and was wondering how to wire a ____ up to it? 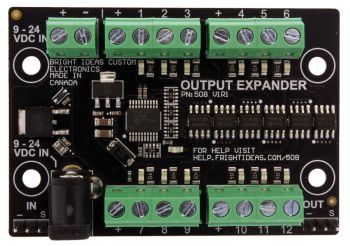 EscapeKeeper Output Expander
Be the first to review this product
$64.99 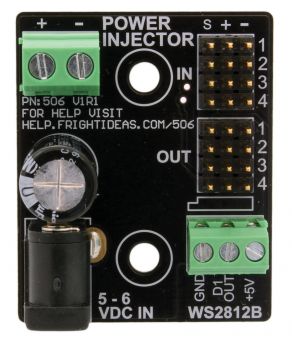 Power Injector for EscapeKeeper
Be the first to review this product 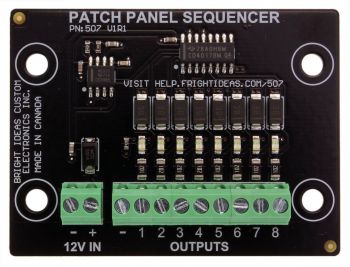 EscapeKeeper Patch Panel
Be the first to review this product
$34.99