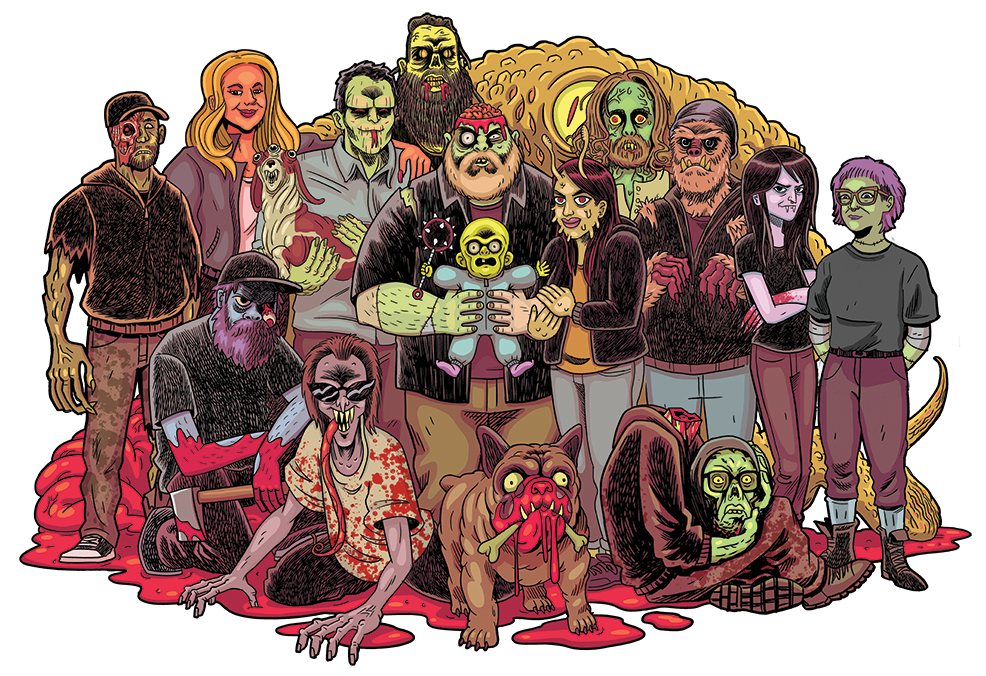 We are FrightProps
Back in 2003 FrightProps began as a labor of love. Now, over 15 years later, we've grown to become the #1 online source for serious haunters, builders and scare-makers around the globe!
Thanks to customers like you we've been able to grow and expand on our love of all things scary over the years. We've accumulated a crew of Halloween-obsessed lunatics to help build and design the creepiest creations we can conceive of. Through dedication, hard work, and the best customer service in the business, we've become the go-to shop for hardcore haunters worldwide. We've also turned our twisted minds toward the Escape Room industry, and have quickly become one of the leading brands in quality tech and props for Escape Room Games.
It's thanks to our loyal customers that we've been able to make a living doing what we love for almost 20 years now. We strive to treat every customer like they're our only customer and, if you're new to our site, we're proud to welcome you the best place on the planet for haunters, tinkerers, Escape Room builders and mad scientists of all types!
--- The FrightProps Crew